I'm not going to get into a war of the scriptures on this topic, as I believe, as with all things, there are some things that are the exception to the rule.  I also believe that God can allow whatever He will when He sees fit for each circumstance.  No one knows what goes on in a marriage, save the ones in it and God.  You have to be VERY careful when you make blanket judgements in this area.  I for one, believe it is solely between the individuals involved (husband and wife) and GOD - no one else.


What it all comes down to is that if it is a "sin" to divorce or even a "sin" to remarry - it is a good thing that God is in the business of forgiving sin!  There is only one sin that is unforgivable and that is the blaspheming of the Holy Ghost.  (Mark 3:29)

Why is it ok and "better to marry than to burn" when you are single but if you are divorced, you must burn away till you die?  No wonder people commit fornication. (1 Cor. 7:9) 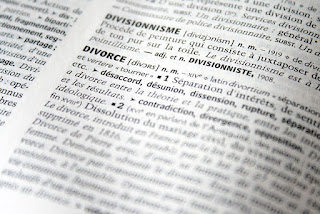 YOU must stand before God and give account for YOUR life.  Your marriage, divorce and/or remarriage is between you and God, and you and God only.


* Each spouse has a duty to the other and gross neglect could be considered a break in the vow. Love and forgiveness can keep couples together but when the other spouse isn't willing to change after knowing what they are doing is abusive or not fulfilling their duty, we enter new territory which the Bible doesn't include - that, along with numerous other exceptions to other topics, are not included in the Bible because if it was, it would be over 10,000 pages long!