Financial Problems or Results of Rebellion? 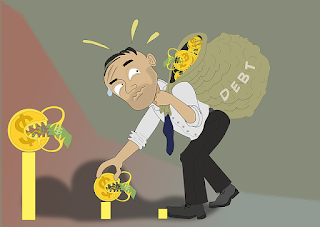 I keep reading articles and seeing books being written about how bad it is financially right now for Americans.  From the talk of it, it is so bad with the "common family" that they can't help but live on the streets and in vehicles.  They can see why those on drugs, prostitution and other crimes live in these places due to their lifestyle choices, so why can't they see that it is the same for others as well?

The married woman that works on a job instead of staying home is rebelling against God.  Rebellion IS as the sin of witchcraft!  1 Samuel 15:23  She sold out her place for vain glory and covetousness.  She neglected her husband and children for her own selfishness.  Plain and simple.  Listen ladies - your husband doesn't need a "help meet" who puts on the pants and goes and does the man thing!  He needs a hot meal when he comes from home from work and a clean house and laundry... and children that are actually being raised by their mother!  THAT is a help meet according to the Word of God.  If he needed a man, God would have made him one and sadly today, more and more men are turning to men.  What's the difference?  I mean you dress like a man, work like a man, act and go off at him like a man...  Femininity is far from the modern woman as she roars in dominion over the man and makes him feel like a weakling.

I was looking at a new book about why families can't survive anymore in America.  It talks about the reasons being the high cost of childcare, college being too high cost or the professional struggling after paying so much in college tuition and their jobs not paying enough - to saying it is so dire, they can't even AFFORD to raise children.

Child care isn't needed if the woman does her role.  College is a joke anyway and most college-educated people I know make less than my non-college-educated blue-collar husband.  And as for affording children, sure, people can't afford them that want to be covetous.  Again, plain and simple, their covetousness is their god and their reason for, again, rebelling against His Word of bearing children.

Payday will come - either financially speaking, emotionally, divorce or having children who go into all manner of sin, are on psych drugs or just plain are lazy because they never got what THEY needed - a mother!  Mother-hunger will haunt them their whole lives as they chase after so many things trying to fulfill what they should have gotten growing up from their mother.  Works for fathers too, the father not being there or being there but not being the man and leader - yep, children suffer.  The God-designed family unit is NEEDED and yet so many think they can do it their own way.