Sending the Children Away 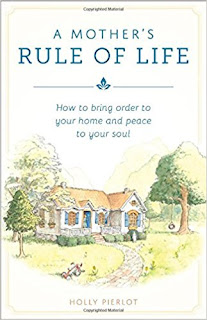 I've been reading a wonderful book that I would recommend (minus the Catholicism) to mothers everywhere.  It is called, A Mother's Rule of Life:  How to Bring Order to Your Home and Peace to Your Soul, by Holly Pierlot.  She had many children and homeschooled and never could get it together, no matter how hard she tried and what method she used.  She decided to give up and put the children in school.  What happened next is something that really touched me and I wanted to share.

She told her husband she was done and the kids were going to school. She told him nothing was going to stop her from doing this, her mind was made up, she had had ENOUGH!  He agreed but asked her to take a little time to consider whether this is best for the family.  She didn't see a reason to take any time to consider anything, she wasn't changing her mind.  She very reluctantly agreed to take a week and bring it to God in prayer.

She began to pray and be open to whatever the Lord wanted to show her.  Jesus brought her attention to these scriptures:


14 And Jesus went forth, and saw a great multitude, and was moved with compassion toward them, and he healed their sick.
15 And when it was evening, his disciples came to him, saying, This is a desert place, and the time is now past; send the multitude away, that they may go into the villages, and buy themselves victuals.
16 But Jesus said unto them, They need not depart; give ye them to eat.
17 And they say unto him, We have here but five loaves, and two fishes.
18 He said, Bring them hither to me.
19 And he commanded the multitude to sit down on the grass, and took the five loaves, and the two fishes, and looking up to heaven, he blessed, and brake, and gave the loaves to his disciples, and the disciples to the multitude.
20 And they did all eat, and were filled: and they took up of the fragments that remained twelve baskets full.
21 And they that had eaten were about five thousand men, beside women and children.


Here were the disciples, staring at a large crowd, seeing all the needs of the people, and knowing full well they couldn't meet those needs.  The only solution they saw was to send the people away.  And here I was, seeing the many tasks and needs of my home - for my children, my husband, homeschooling, not to mention myself - and the only solution I could see was to send the children away.  But when the disciples brought their concerns to Jesus, Jesus told them to feed the crowds themselves.  The disciples must have been totally astonished, realizing the impossibility of the task before them.  I, too, had realized the impossibility of the task.  But Jesus wanted me to do it anyway.  And then it dawned on me.  It wasn't the Apostles' meager five loaves and two fish that fed the crowds, but their offering combined with the blessing of Jesus.  And Jesus was telling me to give him my five loaves and two fish, my insignificant efforts, and he would bless them, and the needs of my family would be met.


I hope you were touched the way I was by her sharing of this wonderful leading from the Lord!  We must look to Jesus, believing in FAITH to make up the difference after we bring all that we can each day.