Taxes in Ohio and Why It's Worth Living Here 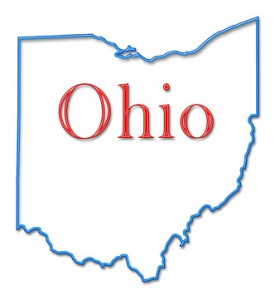 Most people would look at the cost of living in Ohio when it comes to all the taxes and question why would anyone want to live there if they had a choice?  I'm here to answer the question, but first, I will tell you just how taxed Ohioans are.  Besides paying federal, Medicare and Social Security taxes, when you live in Ohio, you also have to pay:


There may be some people that gets credits on these, such as disabled, retired, etc.  I'm not sure, but for most people if you live or work in cities that charge these local income taxes, you have to pay.  I honestly don't know how they get away with this!

An average middle-middle class family of 4, would pay around $2,500 extra in Ohio taxes just because they live here!  That doesn't include the federal/Medicare/SS taxes.  You have to figure this in when you want to move to Ohio.  Check the city you live in for income tax and school district tax and check the city you will be working in.  You can't get away from the state income tax but you could possibly dodge these other local income taxes.

So why Ohio!?  We live a very nice life here despite the taxes.  It could be because of no tax on food and low sales tax (6.75%) or that housing is affordable compared to other parts of the country.  It could also be because the Cincinnati metro area is packed full of jobs and the pay is very good.  My family "feels" a very good feeling about the area we live in - it just feels blessed by God.  There are even cities named after the Bible places - so who knows LOL!  It just has a more peaceful feeling to this place and everyone I've spoken with has said they felt the same when they moved here.  Life here is good for most of the people we know.


Our pay went down $14,000 a year by moving to Ohio and we pay several thousands in additional taxes but we are still living the same level of life we lived in a higher-paying state with no state/local taxes, if not better!  We were also able to afford a home in a nice neighborhood here in Ohio.  Somehow, it is working - I just know God called us here and He can do anything!!