What God Leaves Out 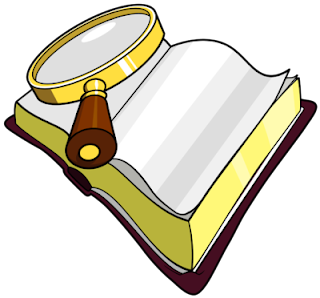 There are exceptions to a lot of things in the Bible that God did not include.  Had He included them, the Bible would have been enormous.  There are some that say there are no exceptions to anything.  Let's look at two views on this:


Only what is IN the Bible; No Exceptions

A lot of people think they believe this but when we start breaking down things, they realize they don't.  However, for this post, let's say that we believe this and there are NO exceptions to anything that isn't laid out in the Bible.  Let's take a few topics:


I really hope you are seeing just how illogical it would be to think that God has no exceptions to certain things!

There are exceptions to certain things

There are so many more we could add and show the no-exception vs. exception side of.  Please use your God-given brain when reading and living God's Word!  He gave us the Holy Spirit to guide us and teach us!  Follow His Word YES but also heed the Holy Spirit and realize God can do anything He wants to do!

There are current news stories of people who followed the letter of the law and sinned.  I'm reminded of a Pastor, who was married but lustful.  He sought out women on a lewd website and had private adulterous affairs.  However, he convinced himself he couldn't divorce his wife, he had to keep God's Word after all - so he killed her instead, so he could be "free" to be marry another woman.  There are these kind of people out there, who hold so strong to ONE thing in the Bible and forsake the others.  The issue of marriage/divorce/remarriage is one of them.  I've seen people, like this Pastor, stick to the no-divorce thing so diligently but take their bed of ease in other areas and commit all manner of sins.

We should try and follow God's Word as it is written but also realize, there may be exceptions.  This is why it is so important for Christians to be filled with the Holy Spirit, led by the Spirit and know the voice of God.