Shall He Find.. Faith?

It is very easy for people, especially Christians, to do works.  What we are seeing in the world today is an abundance of works.  However, that is not and will never be the problem we are told in God's Word in the end times.  What was the problem?  What is the quandary that God warns of?

Nevertheless when the Son of man cometh, shall he find faith on the earth?


Who is going to have FAITH!?  It is a rarity these days among Christians!  It is quite frankly slipping away in many of our churches in this nation.  People have more faith in the government than they do God.  Barnes' commentary says it well:

The danger is not that “God” will be unfaithful - he will surely be true to his promises; but the danger is that his elect - his afflicted people - will be discouraged; will not persevere in prayer; will not continue to have confidence in him; and will, under heavy trials, sink into despondency.


Everywhere you look, you see Christians failing of faith.  God says, "Go!"  They say, "How?"  God already gave us His promises but we won't exercise the faith to believe them anymore.  There is a famine of a lot of things in our land but the biggest famine of all is of FAITH! 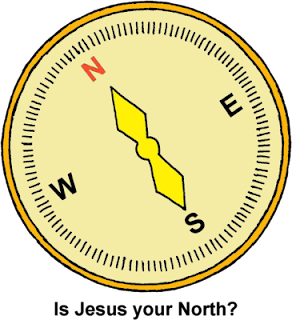 A lot of people will only do what someone tells them to do and they are putting their trust in fallible men INSTEAD of God.  They won't heed the voice of God through the Holy Spirit.  God has told countless people that I have known, to do certain things, say things or go specific places, but they refused, or rather, they refused to listen to God's Spirit.  How many times I have heard, "God told me to go to such and such a place, but so and so told me to go over here."  Did they do what God said in faith? NO!  They had more faith in man and that will have its own end.  Will the Son of Man find faith on the earth when he cometh?

Heed what the Spirit leads you to do.  If you are HIS, you WILL know HIS voice.  It is time to exercise doing what God says by listening for His voice.  Faith without actions (works) is dead!  You can say in your heart, ok I have faith.. but it is dead, unless you actually get to moving!  You won't be disappointed in a life of walking by faith.