From Tragedy to Destiny 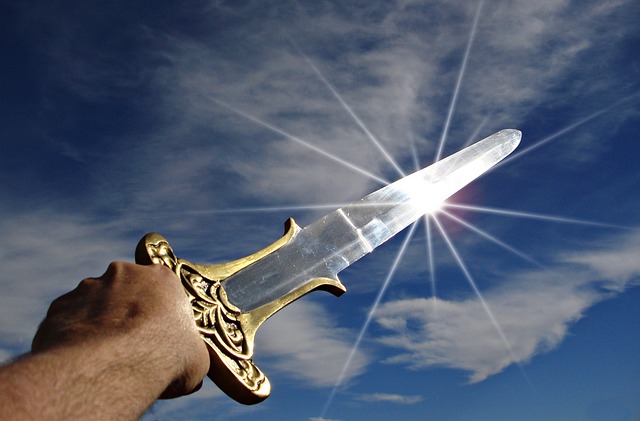 God has given us examples in the Bible to show us things that will help us make sense of life.  One that I can relate to, is that of Joseph.  If you don't know the account, you can find it starting in Genesis 37.  Joseph had a hard road that eventually brought him into his destiny.  God allowed Joseph to go through what he did and we sometimes wonder how could a loving God ALLOW such things!?  Yet, when we see where it brought Joseph to and how it ultimately saved his people from famine, we understand.  In our lives, we can't see the end.  We don't know how things are going to work out.  When tragedy knocks on our door, it can feel like God is against us or that He has forsaken us.  God wants us to trust him and have faith through whatever He is allowing us to go through.

Joseph was a favorite of his father, Jacob, and was the wearer of the coat of many colors.  From the beginning he was clothed with a gift, of which, his brothers despised him for and hated him.  If God has given you a spiritual gift, you can rest assured you WILL be despised and hated by those whose hearts are full of jealousy, envy and bitterness at what God has given you.  Having a spiritual gift is really a lonely thing, as many people who possess such gifts will tell you.  They come with a price and it isn't something that the recipient necessarily even asked for, just like Joseph and his colorful coat.  Rather, you will become a target of the true enemy, Satan, and he is bent on using others and circumstances to discourage you, discredit you and ultimately destroy you and thereby, destroy the gift as well.

We can see this played out among Joseph's family in the next part of the story.  Joseph has dreams of his brothers, and even his parents, bowing to him and he shares them with his brothers and then later another one, which he shares with his father (v.6).  This only makes his brothers despise him even more!  His own father rebukes him!  How dare Joseph dream such things and have the gall to think that his brethren, even his father and mother, would bow down to him.  What a super spiritual nutcase right!?  Who does he think he is they probably surmised among themselves as their hatred and envy only grew worse.

The tragedy begins as we read further.  Joseph's brothers conspired to kill him (v.18).  See, when envy sets in, especially in the spiritual sense, it will eat someone alive until they go so far to even contemplate murder!  Thankfully, one of the brothers protested that they not kill him but rather just throw him into a pit.  Joseph shows up and they immediately strip him of his gift - the coat of many colors.  It must have felt so pleasing to them to tear apart that which represented that Joseph was so special.  There will be those that will want to strip away your gift!  Next, they throw him in a pit that had no water and they sat down to eat.  How could someone eat after doing such a horrific act?  When you allow Satan to come in to your mind and direct your thoughts and actions, you will do the unthinkable.

Along come some merchantmen and they decide to sell Joseph instead of killing him.  They are left with the coat, so they devise a deception and dip the coat in blood to fool their father into thinking Joseph is dead.

Joseph's tragedy doesn't end there.  You would think, my God, that is enough to bear, right?  Be patient Joseph I can hear the Lord saying, your destiny is ahead, I have a plan for your life!!  So, Joseph ends up in Potiphar's house, who is an officer of Pharaoh (v.36).  (Ch. 39) It says the Lord was with Joseph and he was prosperous there, until the wife decides she wants him.  He refuses, she is angry and lies on him and he's thrown into prison!  There will be those that will lie on you when they can't control you!  If they can't keep you under their thumb, they will devise lies to destroy and discredit you.  I've found that a lot of times, if Satan can't get you any other way, he will have others lie on you.

Joseph in prison.  I guess its over now.  Yet, we find that God NEVER left Joseph, He rather reminds us in the passage over and over again that He was with Joseph: "But the LORD was with Joseph (39:31)."  During your darkest times and your tragedies, God is still with you!  When your family forsakes you, you are rejected and despised and lied on and it seems like God must have turned His back on you - just remember, He's doing something in all of this.

Joseph interprets two dreams in the prison, which both come true.  He simply asked the chief butler to remember him when his dream comes true and get him out of this prison, because he has done NOTHING wrong.  The chief butler sadly forgets all about Joseph.  Do you know how it feels to be forgotten?  Do you know how it feels to have others see your gift and know it is God and then when they rise to their place, they forget all about you.  And you wait, patiently, for one day they will remember and you will be delivered.

Pharaoh has two dreams (Ch. 41).  He is so disturbed by these dreams and no one can interpret it!  Is there not a man that can reach God and tell him what his dream means?  Finally it comes - the chief butler remembers Joseph!  Joseph ends up interpreting Pharaoh's dreams and Pharaoh appoints Joseph over all the land of Egypt!  ENTER DESTINY.  We almost all know the story of how in the time of famine, Joseph's brethren come to buy food and they eventually realize his dreams were not only true, but of God to save their OWN souls!  Oh, how wonderful the mercy of God!  He will take that despised and rejected one and use them to save the very ones that despised and rejected him!  Jesus our Lord suffered the same but it was all to bring Him to His destiny - to save OUR souls!

Joseph went from tragedy to destiny.  His family was given their own area to live in, a place called Goshen.  Truly, Joseph didn't regret a thing he went through that brought him to such a place and even restored his family.  I sometimes wonder what his brothers thought of Joseph's mercy and love?  I'm sure it was humbling and I imagine it changed them forever.  It will take a heart like Joseph's to go through tragedy, arrive at your destiny, and still have compassion on those that hated you.  But isn't that the ones that God loves to use for such restoration?  If Jesus bore the shame, guilt and rejection from those He loved, what makes us think that we won't?  We have a destiny to arrive at and we must always keep our eyes upon the eternal goal, and fully trust in faith the one that will always be there by our side in our darkest tragedies.