My phrase for the beginning of 2018 was Defined By God.  I am amazed that every year I've done these phrases and posts - that when I go to look back on them at the end of the year - it truly did define that year!  This WAS the year that I became defined by God and God alone!  I had great personal and spiritual growth, probably more so in one year than I've ever had. 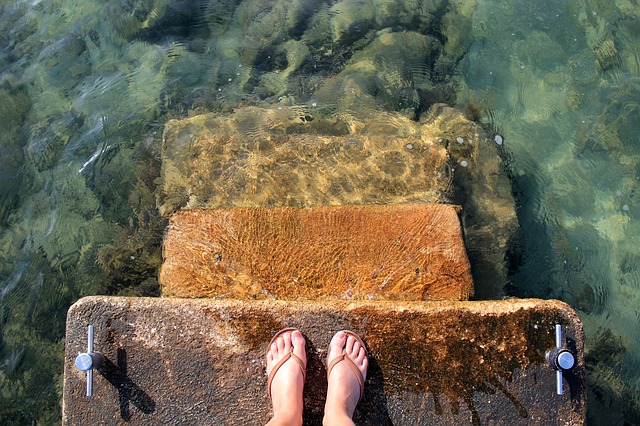 I let God cleanse me of the poison of the past.  I arose above others' definitions and characterizations of me that were untrue.  I broke the spiritual barriers that had been in my life for so long preventing me from reaching the place God wanted me to be.  I became even more aware of our destiny as I received 2 prophesies personally from the Lord through my Pastor.  I can't even hardly begin to tell you what God has done in our lives - I'm amazed and humbled.

I remember the first time I ever got a prophesy about me was from a doctor (of all people right?).  It was when we first came to Ohio at a doctor visit.  I felt the Holy Spirit moving and then the doctor began to speak a prophesy on me about my destiny.  It was one of the most amazing things I've ever experienced and something we NEVER had in the previous 18 years since being saved.  I can tell you now, 2 years after that prophesy, it has proved true.  This year of 2018, I received 2 prophesies - one in April and one actually just last night!  Both of these came through my Pastor by the Holy Spirit.  I've only to date had 3 prophesies to me in my entire life, other than things my mom declared about my life in church growing up that the Lord had showed her that I would marry a preacher.

These 2 prophesies I received this year were major turning points in my life!  I needed to hear them and God knew that!  I think how much better my life would have been, had they been allowed in former times but God knew where to bring us.  According to the most recent prophesy to me last night, something major is coming my way in a good way.  God promised me something years ago and I'm getting ready to step into that, I can feel it!

Our Pastor told the church recently about the vision he had several years ago,  and the interpretation of it from a preacher in another state; that he didn't even tell about the vision but God gave it to him and the meaning - and how when we walked in the church for the first time, the Pastor said God told him, that's them!  God truly sent us to this city for 2 purposes - one was our former Pastor, who I saw go through sad things and who had a heart of gold and was the one who helped me step into my spiritual gift fully and embrace it.  I also watched God set him free in many ways.  God also set us free in many ways.  Then, the 2nd Pastor God led us to and the destiny that we entered in to.  I've seen my husband break off the cloak of barriers that prevented direct access to God and seen him trust the Holy Spirit's leading for himself.  I've seen God promote him and I've seen him step into his call to preach again.  We've seen our daughter stand up and testify, and we've testified!  Something we didn't get to do for 18 years and that, in itself, is a tragedy!  We now enjoy freedom and liberty in Christ and see what church looks like when the Holy Spirit is allowed in all His fullness to orchestrate the service.  I wouldn't trade it for anything.

God defined me this year through the prophesies He sent!  I truly became DEFINED BY GOD - and Him alone!  No more letting others determine my worth, my value and who I am in God - God had had enough and He has chosen to make this past year, a year of defining in truth.