I kept waiting upon a Word from the Lord for this New Year and wasn't getting anything.  Then, yesterday we started a revival and in the morning service, God reminded me of a promise that He made to me many years ago.  He said that He will restore the years that have been taken from me.  The preacher preached that you are between a problem and a promise, quit looking at the problem and look and remember the promise!  I know of 2 promises that God made to me in my life, this one and another one that is private but that He is fulfilling.  All that was left was the promise that God would restore all these years of trouble, heartache, tragedy and trauma - pretty much my entire life of 38 years!

Then, last night before the preacher preached, the Pastor called me up to the front in front of everyone.  I assumed he was going to anoint me and pray on me simply because of my health issue.  However, he began to prophesy and say he doesn't ever do this but God told him to - him and others laid hands on me and as I heard his prayer I was so touched because it was things that only God really knew.  Then, I looked up at him as I was about to turn around and go to my seat, but he spoke again prophesy and all of the sudden I shouted, probably the longest and loudest I've ever shouted in my life!  Wow!  I received the prophesy but I also gave God my burdens and hurt.

All the way home, I thought on all of it, I wrote the prophesy down and God's promise of restoring years kept coming to me like a burning in my heart.  I then began to look at the scripture that God used back when He gave me this promise and read a commentary and then I saw the word - RESTITUTION.  It pierced me and I knew - this was the year, God was going to give me restitution for all I have suffered in my life. 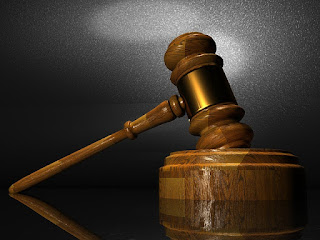 Restitution defined is the restoration of something lost or stolen to its proper owner and/or recompense for injury or loss.

God is going to begin my restitution!!  I don't know how or exactly what but I can tell you that I believe by the end of this year, I will be writing my yearly post looking back and see the great things that God has done!  He never fails!!