Something has seriously changed my life.  I didn't realize it would so much but since I got my Instant Pot, I have hardly even touched my stove!  This has been what I've been waiting on all my life - I know that sounds out there but I'm for real!  I make NO commission and as you all know, I don't even advertise on my blog or allow pay for anything.  You can take my word for it - the Instant Pot is amazing and I think everyone should own one. 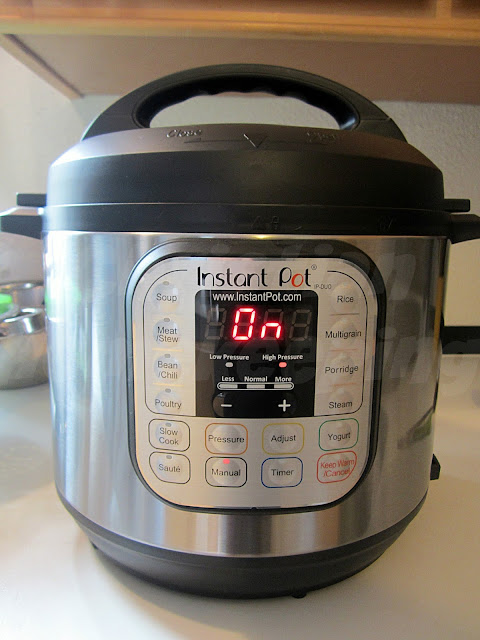 The Instant Pot (IP) is an electric pressure cooker.  It is more than that - it is 7-in-1 machine, it is a rice cooker, slow cooker, yogurt maker, sauteing/browning, steamer and warmer.  Growing up, my mom would have a pressure cooker on the stove and we were all scared of it because she wouldn't even let us walk through the kitchen when it was on.  If we had to go to the bathroom, she made us tiptoe through the kitchen and I remember thinking it was going to kill me.  Well, this is NOT my mother's pressure cooker!  It is safe, it is electric and it isn't going to blow off and you don't have to tiptoe past it or be scared when using it.  You can't do canning in it like a stovetop pressure cooker but you can do just about everything else.


I have put FROZEN chicken breast in this thing and in 12 minutes have juicy, tender, chicken ready to eat.  Meals I've made in the crockpot that would cook all day - can not even compare to how they taste in my IP after just minutes.  One was our chicken BBQ sandwiches that I normally let cook in the crockpot all day to really soak in that sauce.  Well, in less than 30 minutes, the IP made it and it tasted better than I've ever made it before - almost like it had been cooking all day!  Our beans and rice are awesome too and we have been eating a lot of beans and rice lately.  Not only do they cook in 28 minutes but they cook together and I only have ONE pot to clean after dinner!  I told you guys this thing has changed my life!

Not only does it save energy being electric and only being on for a short time but it is actually better for you because it keeps more nutrients in your food than cooking on the stove, crockpot or microwave.  It holds in more water in the foods and thus, the nutrients.  WHY don't more know about these?  I had heard of them about 6 months ago and wasn't even sure what it was until I did some research and just bought one and learned for myself.  I bought the 6 quart and it seems to be enough for us.

I got a cookbook for the IP, I haven't tried the recipes in it but it looks great: 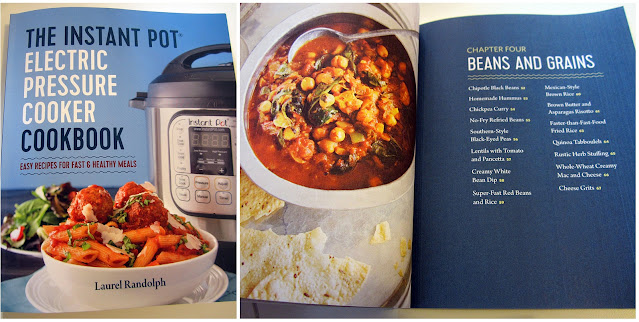 My issues with getting dinner on the table some nights have been things like forgetting to thaw meat or plan ahead to cook beans - these things are NO LONGER!  I can forget dinner altogether until an hour before, when I can throw anything pretty much in the pot and cook.  I also love how I don't have to babysit the food, especially beans, no stirring or waiting 2 hours for them to cook.  Did I mention I only have ONE pot to clean after dinner!?  It boils eggs in minutes too... yes, I could go on and on and on!  Roasts in an half hour cooking time..  Baked potatoes in minutes...  mac and cheese in minutes...

I plan on making a post of recipes we have tried and also some of our recipes we have converted to the IP.  I'm able to write this post because my dinner is cooking in my IP and I have free time - woohoo!  Lots more to try in the coming months - yogurt being one in the near future.

Websites for cooking with the IP or any electric pressure cooker:
http://www.hippressurecooking.com/
http://dadcooksdinner.com/pressure-cooker-recipe-index/