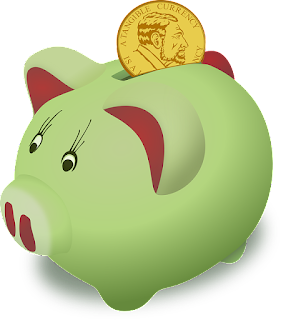 I'm sure you all know about the government shutdown and the sad stories of so many that can't pay the bills, rent, etc. because they just missed a paycheck.  However, the issue isn't the government shutdown - the issue is that so many people in America can't make it ONE month without pay!  If you can't make it without pay for ONE month, then you must do whatever you can do RIGHT NOW and start preparing!

The issue of unpreparedness could be traced to a lack of maturity in some cases.  Immaturity screams, "I want it now!' and is impulsive and doesn't think to the future or consequences.  Maturity waits till it has the money, considers the risks and looks to the future.  Sure, there are exceptions - families or people who had the savings but just recently came in to a big medical bill or car repair that wiped out their emergency fund or just being poor or without work and unable to save.  However, for most, it has never even been a thought to save for a possible calamity or emergency but just depend on the government to see you through.  I've found that if you put your trust in God and do your part - by preparing - you will be ok no matter the emergency that comes your way.

Look at your budget and determine your total expenses for one month that is needed.  Strive to save that money and put it in savings in preparation for an emergency in which you could be without a job for a month or there is some sort of crisis that prevents you from even going to work or getting paid.  Most families of 4 should be able to get by on $2,000 unless you have debt.

I believe this is a great wake-up call to Americans to start saving!  At least set aside that one month of expenses and don't touch it until you really need it and then work on replenishing it when things calm down.  Teach your kids to save (and pay tithe!) and to think more on the future than the right-now.  No one else is going to teach them, actually quite the opposite!