Can Christians Defy and Overthrow Government?

There are many accounts in the Old Testament of God's people defying the government and resisting.  We can think of Moses, right?  What a revolution of escape that was, could it be compared to the American Revolution where Christians fled controlling rulers?  However, with Moses' story, GOD destroyed Pharoah's army, the people actually didn't fight for freedom physically.  In the American Revolution, we didn't take the first shot (or so they say).  They wouldn't let us just go without a fight.  We have a right to self defense. Then, what about Daniel or the 3 Hebrew men?  They defied government.  Rahab did.. I think you see the idea.

But some may say, that is OLD Testament, we are under the NEW testament.  True, but we are reminded in the NEW Testament of these great defiers in Hebrews 11 are we not?  God viewed them in a good way.

What is happening right now in America is that leaders are ordering us to stay home for what reason?  For the GOOD of the nation and our fellow man.  They aren't doing this for evil.  This isn't a comparison to Moses or Daniel or even the Hebrew men.  Could it set the precedent in the future to try and take away our rights?  Yes, but that doesn't mean we DEFY the government right now when they are looking towards the good of mankind.  It would be wrong to do so as we are shown throughout the New Testament, especially in Romans 13:


Let every soul be subject unto the higher powers. For there is no power but of God: the powers that be are ordained of God.
Whosoever therefore resisteth the power, resisteth the ordinance of God: and they that resist shall receive to themselves damnation.
For rulers are not a terror to good works, but to the evil. Wilt thou then not be afraid of the power? do that which is good, and thou shalt have praise of the same:
For he is the minister of God to thee for good. But if thou do that which is evil, be afraid; for he beareth not the sword in vain: for he is the minister of God, a revenger to execute wrath upon him that doeth evil.
Wherefore ye must needs be subject, not only for wrath, but also for conscience sake.
For for this cause pay ye tribute also: for they are God's ministers, attending continually upon this very thing.
Render therefore to all their dues: tribute to whom tribute is due; custom to whom custom; fear to whom fear; honour to whom honour.


Those scriptures clearly show us that we have no place to rise up, when there is nothing happening but good.  American rights are not being trampled on right now, let's not read into this and think everything is a trojan horse.  Sure, it could be but biblically right now, you have no authority from God to defy your government.  They are acting upon the good and protection of health, as best as we can perceive.

American "rights" are a luxury and something we are blessed with, as we live in a utopia of freedom.  If the government should ever take those away, does that mean that Christians everywhere can rise up and overthrow the government and start a war for freedom?  That is an answer I can't say that I have at the moment but it would do good to think that at any time God could take our "rights" away because the nation as a whole has forsaken God and allowed all manner of wickedness to reign!  We aren't promised this utopia forever.  We are the most spoiled nation on the earth and we have put out more filth from Hollywood than anyone.  Truly, America is very similar to the Babylon spoken of in Revelation 18, I don't know of another place so blessed and so wicked.

We don't know what we may face in the future and these new times are bringing up questions we've never really had to answer before in this fashion.  Many fought and died for us to have the freedom we have today in America.  Why are we squandering it by bringing on the wrath of God as we allow such abominations as we have today?  It isn't the government we need to fear - it is God! 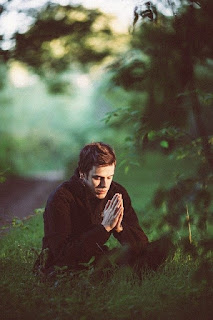 
I exhort therefore, that, first of all, supplications, prayers, intercessions, and giving of thanks, be made for all men;  For kings, and for all that are in authority; that we may lead a quiet and peaceable life in all godliness and honesty.


God placed our rulers in government there and we are to obey them AND... PRAY for them!  If we pray for them, it will be better for us.  Make it a point to pray for our leaders.  If you don't like your governor because he is evil, MOVE - it's a free country.


Curse not the king, no not in thy thought; and curse not the rich in thy bedchamber: for a bird of the air shall carry the voice, and that which hath wings shall tell the matter.

Pray for the government leaders.  Fear God.  Pay your taxes.  Keep yourself obedient to the law of the land.  That is the plan God laid out for those that represent His name as Christians.